The Consumer Price Index (CPI) rose 0.7% in November, up 6.8% year over year (vs. +1.3% y/y a year earlier). Ex-food and energy, the CPI rose 0.5%, up 4.9% from a year earlier (vs. +1.6% y/y in November 2020). The report noted that the November increase reflected “broad increases in most component indexes.” The broadening of price hikes, a sign that higher inflation is becoming more rooted, is a key concern for U.S. Federal Reserve policymakers. The Cleveland Fed’s Trimmed-Mean CPI, which excluded the highest and lowest 8% of monthly price changes, rose 4.6% year over year – further evidence that inflation is broadening in contrast to the narrow range of increases seen in the spring.

Jobless claims fell to 184,000 in the week ending December 4, the lowest level since September 1969. The weekly figures can be choppy in the final weeks of the year (largely reflecting difficulties in seasonal adjustment), but the four-week average is back to pre-pandemic levels, consistent with a tight labor market.

Next week: The Federal Open Market Committee is widely expected to accelerate the reduction (“tapering”) of its monthly asset purchases. Fed officials will revise their projections of growth, unemployment and inflation at this meeting. The dots in the dot plot should head higher, meaning that officials expect to raise rates sooner (in September, officials were evenly split on whether there would be a rate increase in 2022). In his press conference, Fed Chair Jerome Powell is expected to talk tough (Open Mouth Operations are the first defense against the risk of persistently higher inflation). 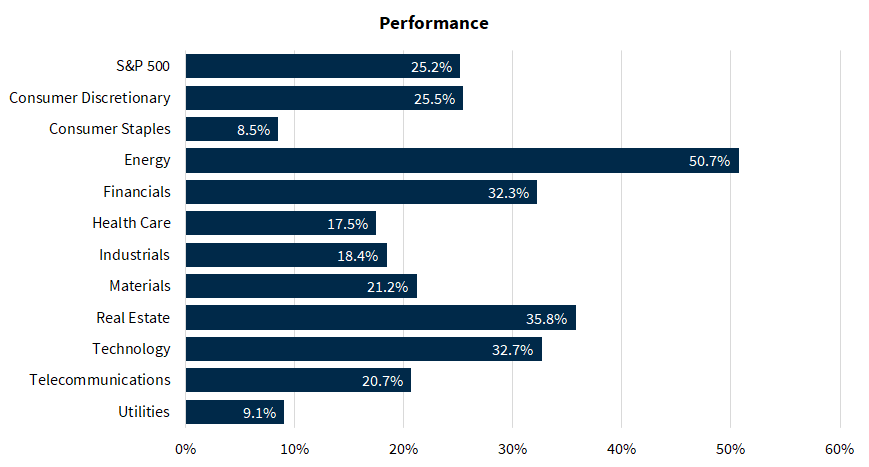 All expressions of opinion reflect the judgment of the author and are subject to change. There is no assurance any of the forecasts mentioned will occur or that any trends mentioned will continue in the future. Investing involves risks including the possible loss of capital. Past performance is not a guarantee of future results. International investing is subject to additional risks such as currency fluctuations, different financial accounting standards by country, and possible political and economic risks, which may be greater in emerging markets. While interest on municipal bonds is generally exempt from federal income tax, it may be subject to the federal alternative minimum tax, and state or local taxes. In addition, certain municipal bonds (such as Build America Bonds) are issued without a federal tax exemption, which subjects the related interest income to federal income tax. Municipal bonds may be subject to capital gains taxes if sold or redeemed at a profit. Taxable Equivalent Yield (TEY) assumes a 35% tax rate.

Commodities trading is generally considered speculative because of the significant potential for investment loss. Markets for commodities are likely to be volatile and there may be sharp price fluctuations even during periods when prices overall are rising. Specific sector investing can be subject to different and greater risks than more diversified investments. Gross Domestic Product (GDP) is the annual total market value of all final goods and services produced domestically by the U.S. The federal funds rate (“Fed Funds”) is the interest rate at which banks and credit unions lend reserve balances to other depository institutions overnight. The prime rate is the underlying index for most credit cards, home equity loans and lines of credit, auto loans, and personal loans. Material prepared by Raymond James for use by financial advisors. Data source: Bloomberg, as of close of business December 9, 2021.