If we stop and think what happened this week just by reading the result of GDP growth for the second quarter, we would probably conclude that the US economy was in a recession during the first half of the year, but is now coming out of it. This is probably what a Martian dropping into the Earth would say after looking at the GDP report. Why? Because according to the GDP report, the economy declined by 1.6% during the first quarter of the year and then it ‘only’ declined by 0.9% during the second quarter of the year. Thus, his/her conclusion would be: Oh, the economy is improving, as it posted a better rate of growth in the second quarter than in the first quarter!

But we know that this is nonsense. The US economy was actually weaker in the second quarter of the year than in the first quarter of the year, no matter what the GDP report says. This is the reason many economists say that the first quarter GDP result was a fluke, and it cannot be counted as the start of a recession, assuming we take, for the sake of this example, the definition of a recession as two consecutive quarters of negative growth. 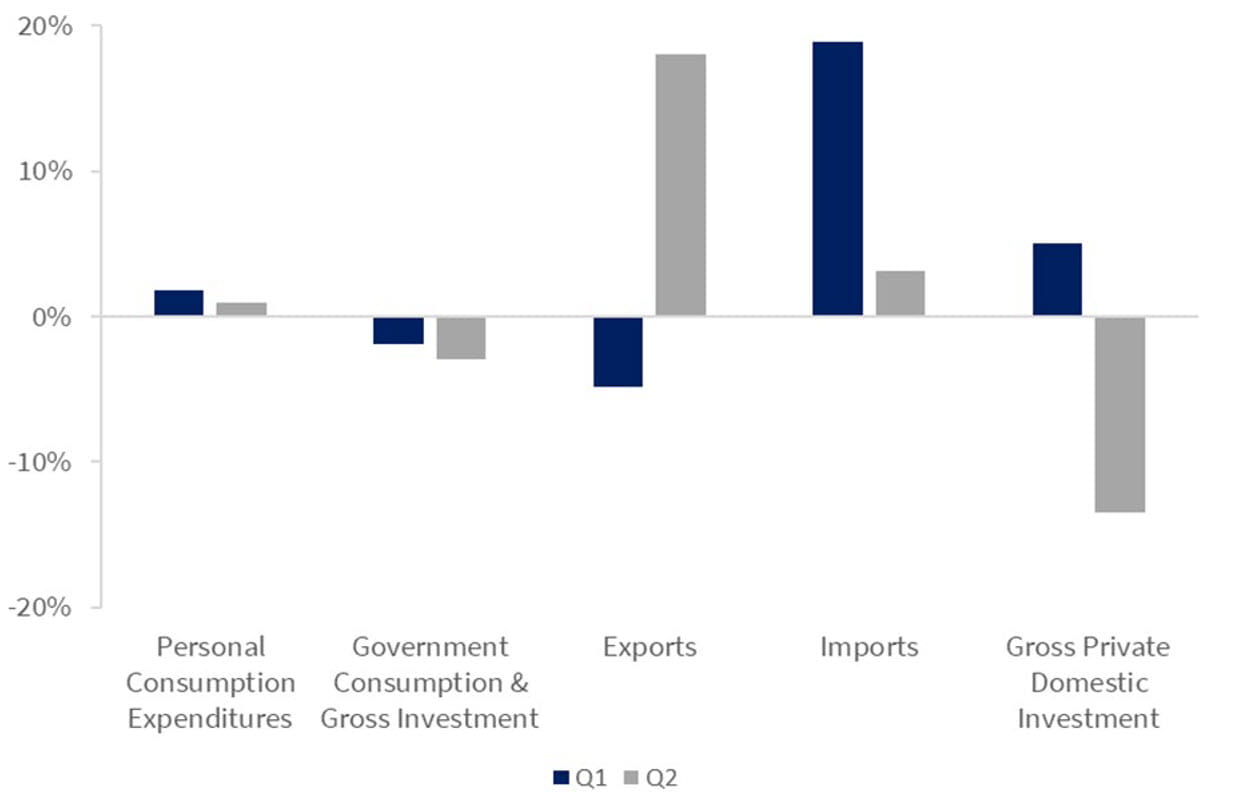 The decline in GDP reported for the second quarter, if sustained (this is just the first estimate for Q2 GDP), could be the starting point of a recession. We did not experience a recession in the first quarter of the year. However, we could be close to a recession if, as we expect, the US economy continues to weaken from here.

What is the NAIRU?

The NAIRU is something we will hear a lot about for the next year or so. It is a catchy term and a tool in economists’ toolkits that, today, will be useful to explain what seems to be happening at the Federal Reserve (Fed) that may push it to increase interest rates too much to try to bring inflation down. We haven’t heard about this concept for several decades because inflation has not been a serious issue since the 1990s. However, we have read several analysts/economists that argue that Fed officials’ “reaction function” seems to be pivoting to a NAIRU explanation of the origins of today’s rate of inflation. And if this is the case, then it is not good.

Let us take a look at the technical aspects of the NAIRU first. The NAIRU stands for the Non-Accelerating Inflation Rate of Unemployment. That is, NAIRU is a fancy way of saying that if inflation is increasing, then it must be that the rate of unemployment is too low.

This is not good because thinking that today’s unemployment rate is too low for maintaining price stability means that the Fed may want to increase the rate of unemployment. The biggest issue with the NAIRU is that nobody knows what the NAIRU is at any point in time. It is not fixed, it’s a moving target. However, we have had very low rates of unemployment before with very low rates of inflation. What has happened today that would prompt the Fed to start speculating that the NAIRU may have changed, that is, now the NAIRU may be higher, closer to 5% or 6% as we have been hearing and reading?

Furthermore, the only reason the unemployment rate is so low today is because the labor force participation rate is too low, and firms seem to be increasing wages and benefits in order to attract more people into the labor force and/or competing with other firms to bid away their workers. In any event, we believe that targeting the rate of unemployment, if that is what the Fed may be ready to do, is a very bad decision because it may make it increase the federal funds rate too much and risk sending the economy into a deeper recession.

The Fed has recognized that the Russian/Ukraine war and issues with supply chain imbalances are at the root of why inflation is so high today. It is true that fiscal policy was the culprit for inflation at the beginning of this process, but those effects have been flushed out already. Failing to recognize this and blaming the tightness of the labor market seems to be the incorrect approach to solving the inflation problem today.

In general, the statement by the Fed included nothing markets were not expecting. However, the press conference by Chairman Powell after the decision was announced raised some questions that are a bit concerning. The most concerning of his comments was that the labor market remained too tight for price stability and that a further strong increase in the federal funds rate may be needed. Furthermore, he also said that we needed to get economic growth below potential for some time to give the supply side of the economy time to recover and thus bring inflation down.

This means that it is talking about a second way of increasing the rate of unemployment, one that is fully under its control. That is, increase the federal funds rate so much as to generate a recession. However, we are talking about a true recession, not the one that ‘did not occur’ during the first half of this year, which created 2.74 million jobs during the first six months of the year at a monthly average of 457 thousand jobs per month. No, what this statement is suggesting is that they will do what is necessary so the economy starts to destroy jobs, which will also increase the rate of unemployment (see previous section where we discuss the NAIRU).

We understand that the Fed has two fundamental mandates, price stability and low unemployment. However, Chairman Powell’s commentary seems to be pivoting to just one mandate, that of price stability. And having a correct understanding of why inflation is so high today is very important so the Fed can prescribe the correct medicine for the continued health of the US economy.