For anybody watching the behavior of the US economy during the last couple of years it is clear that it is not-WYSIWYG (What You See Is What You Get). The presumed technical definition of two consecutive quarters of negative GDP growth is not the real definition of a recession, according to the NBER. Never mind that we believe that the NBER would never call for a recession during a period, the first half of 2022, when employment grew by 3.5 million jobs or by 438,000 jobs per month. Or 5.8 million jobs during the last 12 months at an average of 487,000 new jobs, or recovered jobs lost to the COVID-19 pandemic.

It is true that the economy weakened considerably during the second quarter of the year and compared to the first quarter for all the variables that really matter, but it seems that the economy is, once again, regaining some strength, according to some recent indicators. The ISM Manufacturing Index remained flat in August, according to the Institute of Supply Management, but in expansion territory, while the ISM Services Index was slightly higher in August than in July and was also in expansion territory.

Meanwhile, initial jobless claims, which had been increasing early in the year and were used by some economists to show a weakening labor market and thus a weakening economy, have changed course lately and have been declining once again, tentatively showing an improving labor market, which is not what the Federal Reserve (Fed) wants to see. 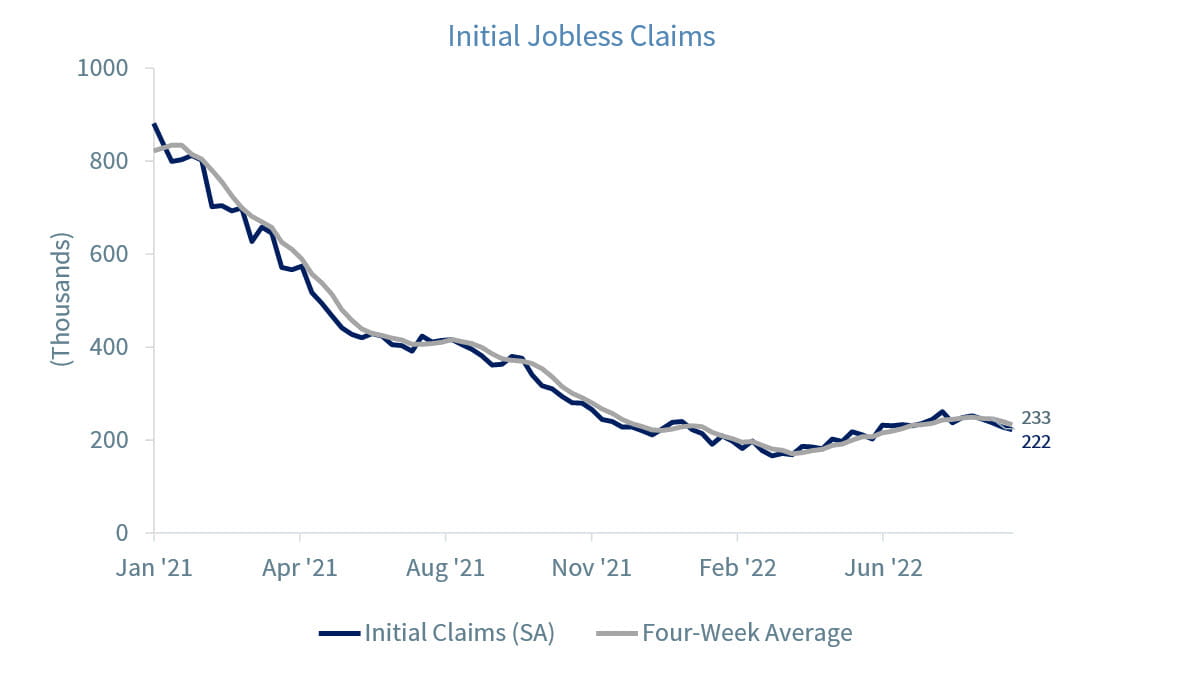 Since the Fed doesn’t want to see a strengthening labor market because it wants to see an increase in the rate of unemployment to reduce the pressure from wages and salaries on inflation, the news of an improving economy could push it to increase rates more than what markets are expecting today. 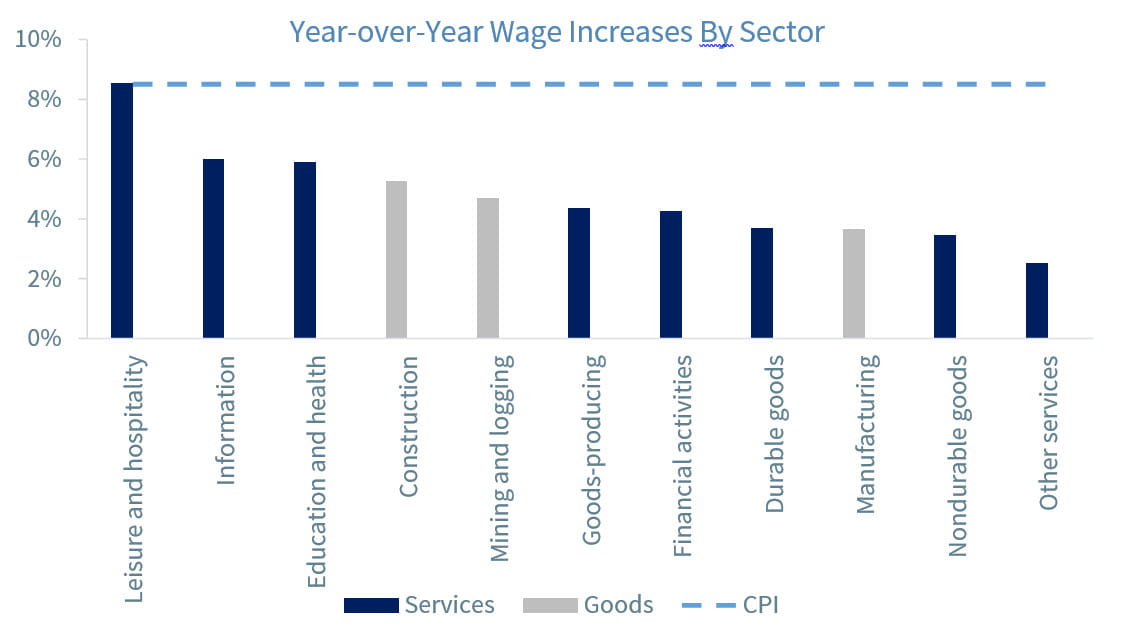 However, we do believe that the US economy is slowing down and will continue to slow down as the Fed continues to increase interest rates and as inflation continues to bite into real incomes. Today, the US economy is being helped by a recovering service sector economy, a very strong export sector, and a very weak imports sector that are taking advantage of the full reopening of the economy and of the strong need of energy resources by European countries, respectively. But the investment sector has been weakening considerably, especially investment related to residential construction. Thus, our expectation is for the US economy to continue to weaken as the year ends and then go into a recession until the Fed is able to bring down inflation convincingly and on a sustained basis.

Welcome to the 75 Basis Point Club

With euro zone consumer prices hitting 9.1% in August, the ECB revised its inflation expectations higher, forecasting an average inflation rate of 8.1% in 2022 and 5.5% in 2023. Without an end in sight for the conflict between Ukraine and Russia, and the latter’s ability to cut off energy supplies, prices are likely to remain high and continue to negatively impact other areas of the economy.

Higher inflation pushes wages higher as workers demand wage increases to cope with higher prices. That is, expectations of higher inflation tend to add to future inflation as higher wages set up a wage-price spiral that could keep inflation going for a longer period. The European Central Bank raised rates in July for the first time in over a decade, and it raised rates by a record 75 basis points on September 8. This increase brought the benchmark deposit rate to the highest level since 2011 and markets are already pricing more increases in the coming months.

The Bank of Canada raised rates on September 7, from 2.50% to 3.25%, the highest level since 2008. While this number is above the Bank of Canada’s neutral range, the current expectation is that monetary policy will have to tighten further to bring down inflation. The Bank of England is meeting next week, on September 15, and it is also expected to raise rates by 75 basis points, which would be the largest hike in almost thirty years. Finally, on September 21, the US Federal Reserve will meet and further tighten

The markets are expecting the US to follow suit with a 75 basis point hike as the labor market remains strong. In fact, in August, the US economy added 315,000 jobs and this week’s initial jobless claims reported the fourth consecutive week of declines. Additionally, the employment component of the August Services PMI is back in expansion territory after being in contraction in July. All these reports indicate that the labor market continues to be resilient. On the other hand, labor force participation finally increased in August, which, if the trend continues, should help to increase the rate of unemployment and thus limit the pressure from higher wages on inflation.

However, there are three very important economic releases before the September 21 meeting that the Fed will be paying close attention to: CPI, PPI, and Retail Sales. The first, the consumer price index (CPI) release should confirm that inflation peaked in June. With energy prices down almost 10% in August, we expect inflation to remain high at 8.2%, but lower than June’s peak of 9.0%. Similarly, the producer price index (PPI) should decline on a year-over-year basis. Although our expectations are for headline CPI and PPI to be lower, markets will be watching the Core number for CPI (ex. Food and Energy) more closely, as that is yet to turn the corner. Lastly, we expect Retail Sales to increase by 0.3% after remaining flat in July, but the focus will remain on the Control Group retail sales number, which is used to estimate personal consumption expenditures in the GDP calculation.

Unless next week’s economic releases differ significantly from consensus expectations, the Fed is likely to raise rates for the fifth time this year for a total of 300 basis points, making it the largest increase in rates in six months since 1980. This next hike will raise the fed funds rate to levels unseen since 2008, and it will continue to slow down the economy, further increasing the odds of a recession in the earlier part of next year. However, if economic data next week suggest that inflation and the economy are slowing down at a faster pace than expected, the Fed could raise the fed funds rate by only 50 basis points in September. Either way, we believe the Fed will raise rates to a terminal rate of 3.50% to 3.75% by year end.